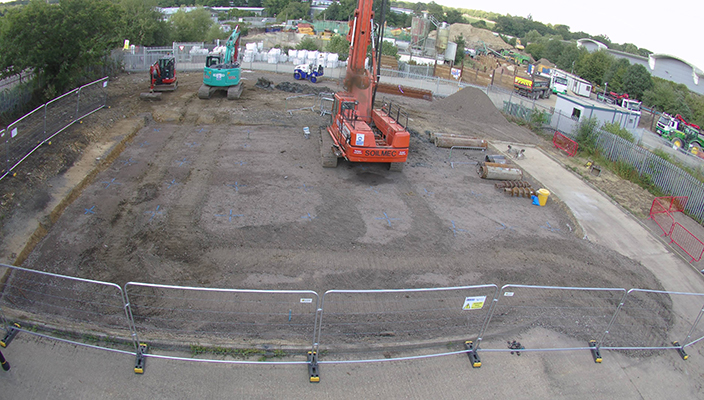 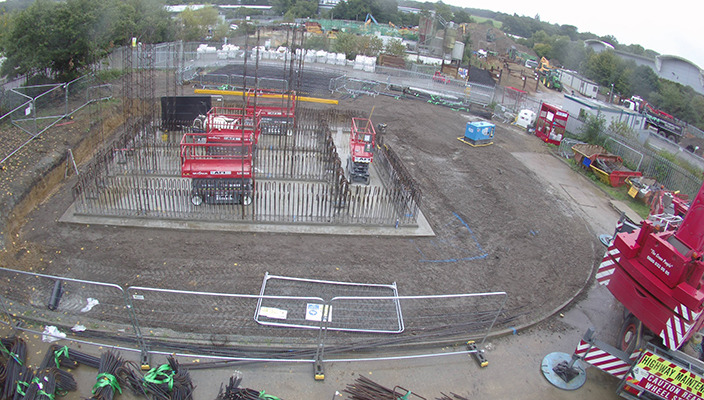 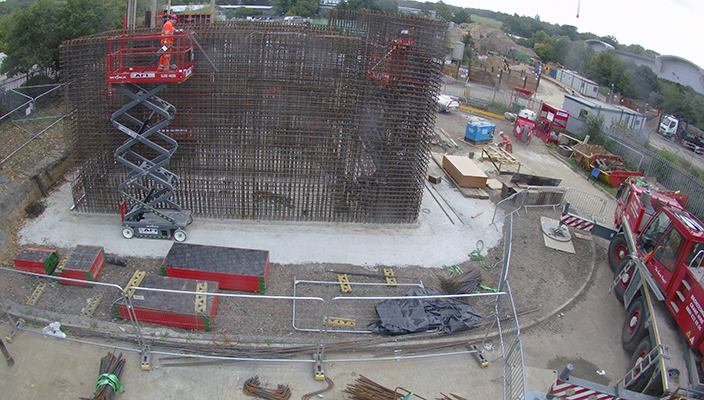 In June, Solutions received a call from Costain about a construction project as part of their waterworks site in Tunbridge Wells. Costain (or CMDP) wanted to film the build over six months so as to create video footage of the construction which could then be used as a project management tool and PR material.

Solutions won the pitch and immediately went about sourcing the correct storm and weather proof camera, working in liaison with CMDP and their site plans to position the camera. Due to the nature of the build site, the camera needed to be positioned at roughly 10m in height so as to overlook the build site and then be repositioned half way through the build to capture the work as it developed. The camera is attached to a specially erected scaffolding structure for safety and security and is powered over the Ethernet.

Images are captured on a regular daily schedule onto a 4G M2M SIM card and automatically uploaded to cloud storage where they could then be monitored and/or downloaded via a password protected portal (enabling viewing of images in realtime). A time-lapse video can be created at any time during the project once the images start uploading to the cloud.

This website uses cookies to improve your experience while you navigate through the website. Out of these, the cookies that are categorized as necessary are stored on your browser as they are essential for the working of basic functionalities of the website. We also use third-party cookies that help us analyze and understand how you use this website. These cookies will be stored in your browser only with your consent. You also have the option to opt-out of these cookies. But opting out of some of these cookies may affect your browsing experience.
Necessary Always Enabled

Any cookies that may not be particularly necessary for the website to function and is used specifically to collect user personal data via analytics, ads, other embedded contents are termed as non-necessary cookies. It is mandatory to procure user consent prior to running these cookies on your website.